History will always find a place for the midfield trinity of Wa Suntaa SC leveraged around the club’s most celebrated skipper, Abu Ushau Busquetes. The trio punctuated the egos of talented opposition with unrealistic telepathy led by their 19-game unbeaten run in the regional league across the 2016 domestic season.

Managed by Abdul Aziz Kandumah John, Wa Suntaa SC unleashed a trio of players at the center of the pitch in their varied 4-3-3 starting formation to atone for their dreadful 2015 campaign. The believer entrusted the heartbeat of the team into the hands of a 16-year old chap, Abu Ushau Busquetes. The royal-turned footballer was flanked on either side by Kyei Bafuor and Kanyiri Samad Alonso. It was the beginning of a new era in upper west football. Clubs that were supposed to compete ending up participating as the ruthless combo of Alonso-Ushau-Kyei Baffuor proved too stubborn to penetrate.

Like the ‘holy trinity’ of FC Barcelona and Spain, the set has all what is needed at the centre of the pitch. they had ball winners, ball users and team leader. If Spain used Xavi-Iniesta-Busquetes to torment the world, then it will sportingly accepted to say Kandumah John used his trio of architects to deflate egos.

As the skipper and the heartbeat of the team, Ushau was deployed as the visionary distributer of the ball from defensive third. His visionary usage of ball accounted for his diminutive stature as a modern day central defender. He can as well be called PABLO AIMAR of Argentina. With his rare technique on the ball, height becomes cosmetic when describing the attributes of this specialist.

To complement the ball usage of the club’s skipper, Kandumah John lubricated his midfield with Kyei Baffuor and Kanyiri Samad Alonso. ‘Alo Guy Guy’ as the latter was known, made light work of his village roots to portray attributes of a typical Brazilian footballer. From his stylish passing accuracy all the way to persistent rebana passes, Alonso will always walk into the all time best XI of Wa Suntaa SC with eyes closed. He was THAT good and changed the perception of home based footballers in the region.

In what was criminally endorsed by the technical team of Wa Suntaa SC, Kyei Baffuor(currently with WAFA SC) sealed the watertight setup that toyed with clubs without any remorse. Arguably the most intelligent of the trio, Kyei added that X-factor to the team and decided games all by his own accord. His dexterity added to the flurry of instincts including unexpected golazos from deep midfield position.

As a religious follower of the local game, I watched the trio extend their on the pitch chemistry beyond human comprehension and failed to lose a single game in the 24 calender months I watched them play. If Wa Suntaa SC is currently rerouting traffic across the northern belt, the trio of Ushau Busquetes, Kanyiri Samad Alonso and Kyei Baffuor are the reasons behind the emergence of the club. Can we think of a better trio? 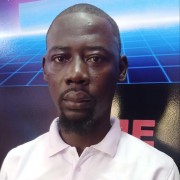 People are cheering for the Brazilian team

Basketball is getting popular among girls

Top 10 Blood Brothers To Have Played For The Black Stars